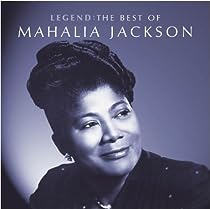 Mahalia Jackson is called "The Queen of Gospel Music".  She toured with the "Father of Gospel Music", composer Thomas A. Dorsey, and sang music composed by William Hubert Brewster ("Move On Up a Little Higher") and Doris Akers ("God is So Good to Me").  Mahalia was the first Gospel Music artist to perform at Carnegie Hall.  During her 1952 European tour, she was called "The World's Greatest Gospel  Singer" and the "Angel of Peace".  Also during her lifetime, Mahalia was hailed as "The Greatest Spiritual Singer Alive".  Mahalia sang for President John F. Kennedy, Liberian President William Tubman and Dr. Martin Luther King.  Dr. King said a voice like Mahalia's "comes...once in a millennium".  She sang at his funeral in 1968.  Mahalia was eulogized by Correta Scott King in 1972.

Mahalia was the first Gospel Music artist to receive a Grammy.  The National Academy of Arts & Sciences created a category just for her. In addition to Doris Akers, Mahalia's friends included Albertina Walker and Dorothy Norwood.  She also discovered Della Reese and mentored Aretha Franklin.

Mahalia is a native of New Orleans Louisiana.  She began singing at Mount Moriah Baptist Church.  After moving to Chicago, she joined the Greater Salem Baptist Church Choir and began touring in churches.  Chicago remained Mahalia's home until her death.  She is buried in Metarie Louisiana.  American Idol Winner, Fantasia Barrino, has been selected to play Mahalia in a movie based on Mahalia's biography by Jules Schwerin.

Albany's Internet Mall is pleased to honor this Legend of Gospel Music.  In the mall you will find her album CDs as well as DVD recordings and her biography.  You can also listen to samples of Mahalia's music (both Gospel and Christmas music).  Click here the link below.

Mahalia Jackson Theater for the Performing Arts Tickets
Posted by Albany's Internet Mall at 6:47 AM 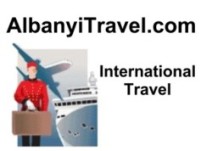